Alicante is crowned as the main point of attraction for thousands of sailing enthusiasts, where most of the world race begins, the Volvo Ocean Race. Since 2008, Alicante became the Port Output World Tour, every 3 years the most intrepid sailors are thrown into battle against the other teams and the extreme danger of the sea.

During the days prior to departure is held on Race Village, where sponsors and teams they face a major event organized by Volvo Ocean Race and its partners, including Esatur. As a Volvo Ocean Race partner company, Esatur was designated as the DMC in charge of supporting the organisation of the round-the-world sailing race. In this capacity, Esatur offers Alicante as a destination for all those firms and companies involved in the operation and production of this competition.

Furthermore, Esatur also manages the Volvo Ocean Race Museum, located near the port of Alicante and very near where his first nautical tests performed these fireballs. The place to discover all the intricacies of this competition and live sport from its origin place: the sea. 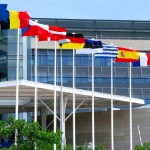